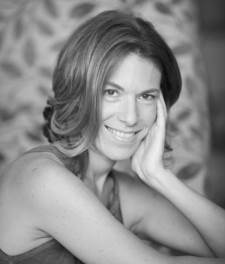 Have You Seen My Dog?

The House is what Separates

Have You Seen My Dog?

A show for the whole family.

This is the story of Ben, who gets the dog "Shelly" for his sixth birthday. Ben becomes attached to the dog and they become best friends until one day Shelly gets lost. Ben looks for Shelly everywhere, and in his dream arrives at the strange and beautiful "Lost" land. Ben's quest to find Shelly is a fascinating, moving journey of growth and endurance. "Storytelling theater that deals with loss and parting as well as with the strength of spirit that help overcome them. EfratSteinlauf created the show and together with 4 magnificent actors, she sheds a new light on them. This show is unique in the scape of children's theater, a stage event that breaks all the rules." (NuritAssiag, Haaretz Gallery)

The House is what Separates

A thin woman seeks work for her silent son. When the grocer refuses to help, she instructs her son to break into the grocery store and attach to it like an umbilical cord. The grocer struggles to evacuate the intruder, otherwise his customers will disappear and he will collapse. Whose responsibility is it to help the boy? His mother's? The grocer? "An incredibly beautiful production" (Ophir Hillel, NRG)

Based on Jerzy Kosiński's novel "The Painted Bird".

Shortly before the end of WWII a Polish boy with the appearance of a gypsy finds himself tied and beaten in the orphanage's shed. The other children threaten to kill him, convinced he would cast a spell on them because of the bad spirits that he inhabits. Struggling for his life, he reveals the terrors he's experienced during the war in Poland's dark, primitive villages – where superstition rules. Conjuring up those memoriesbrings to the surface supressed traumas, a world of superstition and xenophobia and bit by bit the events take on a shocking new meaning.
Skip to content